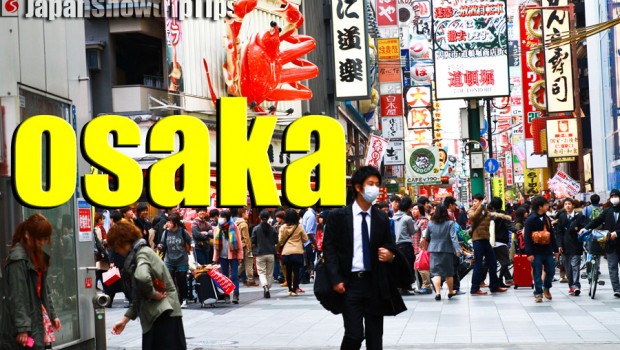 You`ll read a lot on the internet about Osaka being dirty, Yakuza-infested and generally not as appealing as Tokyo. You won`t read that here.

Osaka has a bit of urban crud attached to it, just like any city of 4 million does. But there`s a vibe emanating from Kansai`s capital on the bay that`s invigorating and more relaxed than the neon-pulse of Tokyo. The waterside setting is magnificent, skyline is impressive, nightlife & cultural entertainment options abound and as for claims of Osaka being dirty, it`s just not valid in our view.

Osaka has been a socio-economic poewerhouse for centuries. It remains progressive, yet less hurried and more open than Japan’s capital.

Osakans have their own lingual dialect, strong allegiance to sports teams rivaling its nemesis mega-city to the East (i.e. the Hanshin Tigers) and highly renown Asian food culture.

Kansai International Airport, KIX, serves as the primary train and plane hub for the region and acts as the perfect spot to base your Kansai exploration from. Otherwise, you can easily visit Osaka as a day-trip from your accommodations in near-by Kyoto, Kobe or Nara.

As snow junkies, there`s nowhere we`d rather be than the snowy regions of Japan. But public transport makes it easy to go from pow stashes to cultural exploration over long distances in a short time.

If you have the chance to zip through Osaka by using your JR Pass — for example, it`s only a few hours by high-speed train from ski areas in Nagano — and want to add an unforgettable cultural experience to your skiing & snowboarding trip to Japan, check this one out held annually in March: the Osaka Grand Sumo Tournament. You won`t be disappointed.

Ninja Museum of Igaryu, Iga, Mie, Japan – Ninjas are way better skiers and boarders than you… →

Kyoto Antique Shops: a smile from the present, a gift from the past →